Next Chapter Book Club to meet Wednesday, February 15th, 10am…. 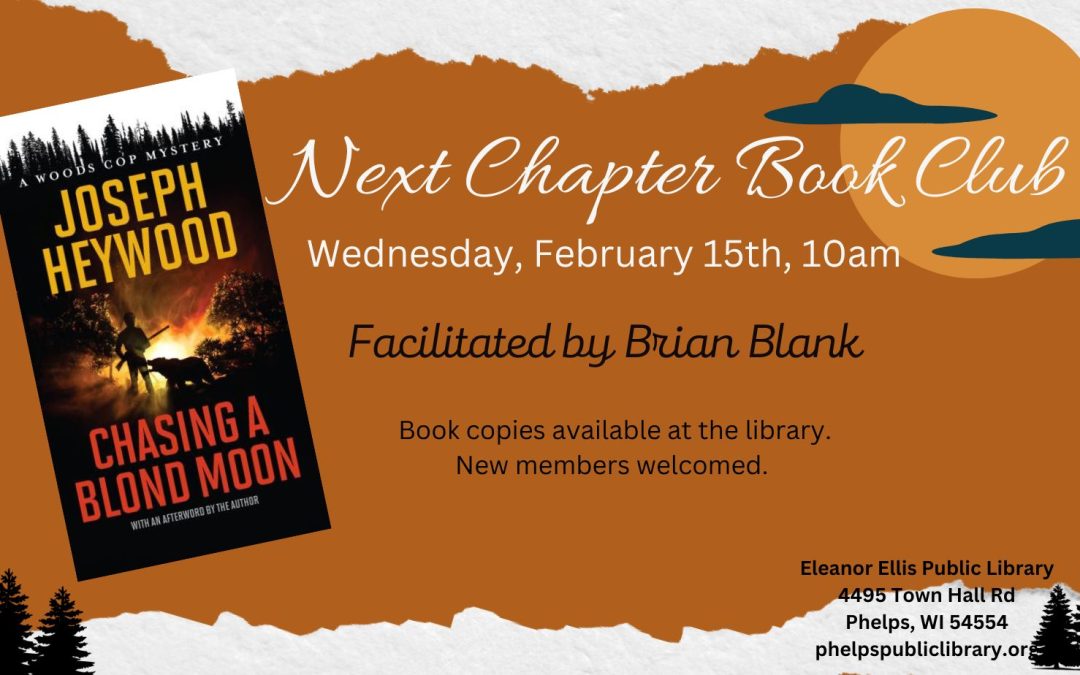 The February meeting of the Next Chapter Book Club is set for Wednesday, February 15th at 10am. Discussion will be facilitated by Brian Blank.

The book choice is Chasing a Blond Moon; a Woods Cop Mystery by Joseph Heywood.

Once again, Grady Service, the hard-boiled conservation officer of this superb series set in Michigan’s Upper Peninsula, has a weird case on his hands. Strange things are happening to the black bear population. Grady Service can’t pin the phenomenon on anyone or anything until a Korean-born professor from Michigan Tech is murdered by cyanide-laced figs—and two freeze-dried bear gall bladders are found among the figs. Service is certain that poachers are at work, killing bears to fuel the Asian market for traditional medicines. The animal-parts market is highly organized, and its practitioners are ruthless and dangerous. Grady’s nemesis, Michigan’s governor, has cut budgets so severely that there are not enough conservation officers to cover the state. Service finds himself filling in for colleagues, chasing illusive poachers who leave little evidence, and wrestling with the usual cast of eccentric and entertaining characters. And there is a new twist in Grady’s personal life: he meets a sixteen-year-old son he never knew he had.” ~ Amazon

Copies will also be at the library, ready to go. New members are always welcomed.